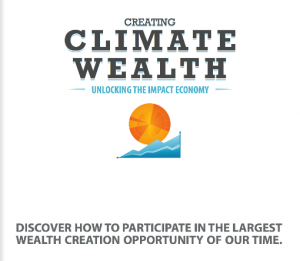 Visionary entrepreneur Jigar Shah, Solar Pioneer; Founder of SunEdison; 1st CEO of the Carbon War Room (with Richard Branson); author, of “Creating Climate Wealth: Unlocking the Impact Economy: Discover How to Participate in the Largest Wealth Creation Opportunity of our Time,”  got attention at LinkedIn Pulse in October 2014 for the idea of companies jumping in to lend billions to finance the rapid expansion of pay-as-you-go solar to a billion people.

In Mark Zuckerberg 2.0: Connect Another Billion People, he called on Facebook CEO Zuckerberg and the company to expand the already ambitious Internet.org project to connect almost five billion people to the Internet via cellphones — to bring in the people who can’t plug in. (This idea made the cover of TIME Magazine in December 2014.

In the first day, 84 people commented on his posting at LinkedIn Pulse. We chimed in from LightUp, saying

Thanks, Jigar — Great to get this idea circulating! As far as I can tell, Facebook doesn’t have billions in profits it doesn’t want to repatriate; it could start this up. But more than 10 other companies each have over $30B overseas, mostly invested in ways that don’t  directly contribute to the companies’ core activities. See http://beyondcassandra.org/lightup-investment-change-world/ for the list and for more about this idea.
And by the way, though the retail cost of 250 million systems at $200 is $50B, the amount needed for a working capital loan fund is actually $25B, since these pay-as-you-go deals mean that the fund would turn around twice in five years.
This could happen!

We hope you’ll read Jigar’s posting, link to it, and get involved!